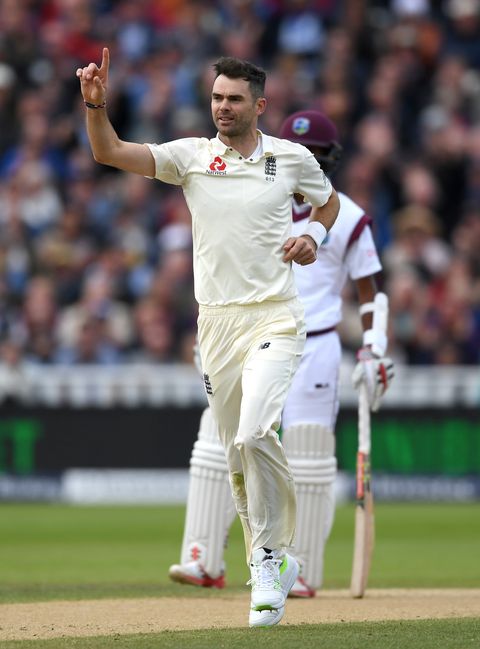 James Anderson is No 1 in the ICC world rankings

James Anderson has leapt to top spot in the International Cricket Council Test bowling rankings after a scintillating display in the nine-wicket win over West Indies at Lord's.

Anderson delivered a swing bowling masterclass as he recorded career-best figures of seven for 42 - which included his 500th Test scalp - to steer England towards victory in the Investec series decider.

He is now the oldest bowler to go to the rankings summit since Sri Lanka spinner Muttiah Muralitharan in July 2009, capping a memorable summer for the Lancastrian, who has taken 39 wickets in seven Tests at an astonishing average of 14.1.

Ben Stokes moved up to 20th and 21st in the batting and bowling rankings respectively after a fine all-round display in the first innings at HQ, following up a six-wicket haul with an important half-century in a low scoring game.

England's 2-1 win over the Windies keeps them third in the Test standings, behind India and South Africa.